The Law Society of Kenya (LSK) members on Friday staged a nationwide protest against what they termed as delays, inefficiencies and collapse of services in the Ministry of Lands and its registries across the country.

Among the issues the lawyers want addressed is the failure by the digital platform Ardhi Sasa to improve service delivery as envisioned.

The lawyers claim the ministry has over Ksh.100 billion worth of land transactions pending, which has affected the country’s economy.

The LSK members gathered at the Supreme Court of Kenya to protest what they say is impunity at the ministry.

Among the key issues that the law society is keen on is the digital platform Ardhi Sasa that was launched by former President Uhuru Kenyatta in 2017.

The lawyers say the platform has a lot of challenges for the end user, adding that there is need to go back to the manual filing as they sort the platform to reduce issues of backlog.

The lawyers cited corruption at the ministry, demanding scrutiny of lands ministry employees across the country.

Nyahururu lawyer Ndegwa Wahome said: “Matters have been brought to a halt and crucial services to deserving Kenyans…efforts to reach out to the registrar for an amicable solution to the stalemate has been futile.”

Martin Waichungo, Nyahururu branch LSK Chairman, added: “A search is a very crucial document, it takes upto 3 months to get a search which beats the logic of getting it in the first place.”

According to the Principal Secretary for State Department of Lands and Physical Planning Nixon Korir who received the memorandum, the ministry has already began working on the issues raised.

“We have a timeline from the government that we need to work on those documents and finish them and unclog the pending issues…we’re also doing an audit of the functionality of Ardhi Sasa,” said Korir.

The ministry is considering options to reduce the backlog as well as make land transactions easier to increase revenue collection. 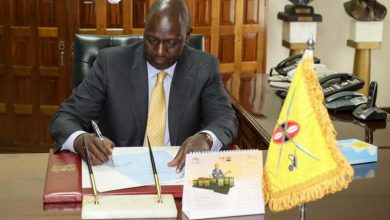