The camp  was organized by the Kenya Tea Development Agency (KTDA) Foundation in partnership with Kirinyaga County Government.

Residents of Karumandi Ward in Gichugu Constituency, Kirinyaga County have benefited from a free medical camp .

Hundreds of residents turned up for examination and treatment for various diseases such as cervical, breast and prostate cancer, arthritis, diabetes and hypertension by various specialists and given medicines for free.

The one-day event was held at Karumandi Health Center. The ailments, according to the medics present, were attributed to the harsh cold weather farmers were exposed to while cultivating farms and plucking their tea.

Director for Medical Services Kirinyaga County George Karoki, said there has been a growing burden of lifestyle diseases which were nutrition related affecting the residents especially farmers and they were keen as health department in putting proper prevention and control measures.

He said the most prevalent Non Communicable Diseases (NCDs) in the county were hypertension, diabetes and asthma and called on locals to adopt a change in lifestyle with respect to diet and physical exercises to combat the diseases.

He also called on residents to go for routine medical checkups of NCDs as early detection and diagnosis could lead to quicker treatment and avert more complications or even death.

During the camp, there was a blood donation exercise where the public were encouraged to donate blood to increase the amount available in blood banks in the county.

“Today, we were not only offering free medical services, we had extension of blood donation to ensure we have enough in our banks especially in our referral facility,” Karoki said.

Thumaita Tea Factory Director Richard Magu, said the medical camp is part of a major Corporate Social Responsibility towards uplifting farmers as they promised when they were seeking leadership in the tea sector.

“This is one of our programmes in ensuring our farmers remain healthy so that they can continue giving us the raw materials to sustain our business,” said Magu.

He added that since farmers complained of “Kinga Mkulima” insurance they have streamlined it to ensure the farmers feel and appreciate its role.

He further acknowledged the contribution of the County Government through the department of health which provides space and personnel to carry out the activity.

KTDA representative said they would continue to partner with the counties to ensure health service reach the farmers and other citizens adding that the foundation has expanded from health pillar to other pillars including: Education, Economic Empowerment and Environmental Sustainability.

Farmers who benefited from the camp hailed the initiative, saying it was timely intervention for the majority of them who cannot afford the cost of medical care.

Ruth Waweru, a farmer and beneficiary, called for the organizers to regularly hold such camps to supplement efforts by the national and county governments.

“We are happy today for this medical camp by the KTDA and County Government to treat farmers, we urge them to continue with this programme,” she said.

Another farmer, Patrick Njeru, appreciated the factory and government for joining hands for the sake of farmers’ health. 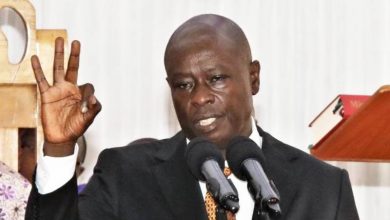